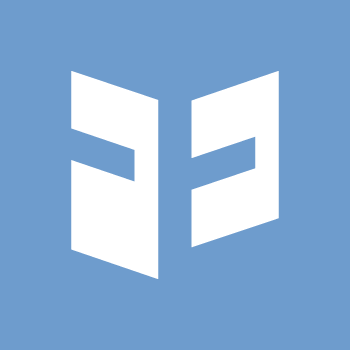 Driven by a conviction that the crisis of accelerating climate change represents a core challenge and responsibility of humanity at this time, and a belief that art is a great provocateur of public dialogue and a spur to action, Flat Earth Theatre has partnered with the Museum of Science to commission four new plays about the human impact of climate change. Over the course of Flat Earth Theatre’s 2017–2018 season, premier Boston playwrights MJ Halberstadt (The Launch Prize, That Time the House Burned Down), Kevin Mullins (A Southern Victory, Citizens of the Empire: a Space Opera), Nina Louise Morrison (Born Naked, Google Doll), and Francisca Da Silveira (Heritage Hill Naturals) have worked with dramaturgs, directors, and scientists to develop gripping stories that bring home the personal costs and global reverberations of our current ecological crisis, in settings as varied as Antarctica, the American southwest, islands off the coast of Africa, and the Svalbard Global Seed Bank.

The project culminates on Friday, May 4th, 2018 at 7pm with an evening of excerpt readings from the finished plays at the Museum of Science. Special guest Mark Serreze, director of the National Snow and Ice Data Center, will introduce the evening with a presentation from his book Brave New Arctic, and after the readings Robin Abrahams will lead a conversation illuminating how artists and their work can contribute to the important conversation and debate around climate change advocacy and policy-making. Free public workshop performances of the new plays in their entirety will be held on Sunday evenings at The Democracy Center in Harvard Square through May and early June, 2018.

A separate ticket is required for the May 4th event at the Museum of Science. Click here to reserve your FREE ticket!

In the near future, in the northernmost town in the world, a lost tourist and a local baker find themselves inside a cave in a mountain of ice in the middle of the night. These two strangers play a game of cat and mouse as we realize that the world outside is at war, ravaged by climate change, and they are each bent on saving it in their own way. Inspired by the science of seed diversity, the Global Seed Bank, the Vavilov seed bank scientists who died of starvation to protect the seeds during the Nazi occupation of Leningrad, and predictions that climate change will eventually cause widespread food insecurity and war. The Vault asks what if the Seed Bank were threatened and needed to be protected, despite the facility not being designed to shelter human beings.

The Aftermath of Chaos

Phoenix Arizona, 2035. In the drought-ravaged southwest, two climate activists, husband and wife Felix Lopez and Marcie Thomas, are executed for a robbery and murder they say they did not commit. Their case becomes a cause célèbre around the world. Wichita Kansas, 2049. Out of the shambles of their childhood, Teresa and Henry Lopez-Thomas make their way in a city teeming with refugees from the washed out east coast. As Henry prepares to settle down and get married, Teresa begins a journey into their parents' case that will change her perceptions of her past and the options for her present, all the while the future of her family hangs in the balance.

(We Are) The Antarcticans

A breakneck pageant of Antarctic history provides an irreverent introduction to the expeditions, discoveries, and politics that demarcate the world's least understood continent, and puts it on the map... for once.

Born and raised on Fogo, a tiny African Island, cousins Martin and Jose live at the base of a giant volcano and struggle to make a living in the precarious wine industry that has been the main source of their family's income for generations. While one refuses to give up on tradition and is content to continue living a simplistic rural life, the other longs for a visa to America in order to pursue a higher education. Both dreams and volcanoes are at risk of erupting as the cousins fight for opportunity, understanding, and their lives when a tropical storm headed toward the island threatens to destroy everything they know.